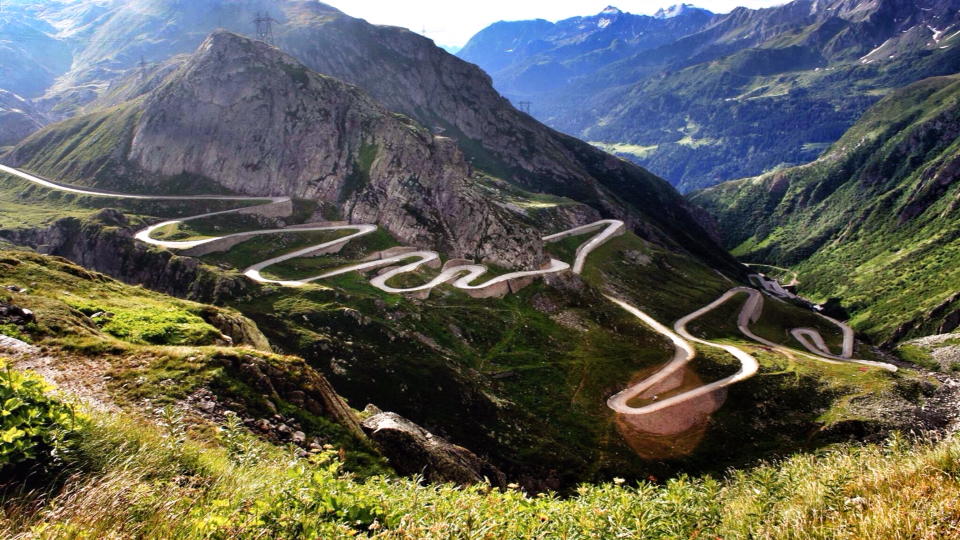 In TravelTags Carpathian Mountains, Road to the parallel worldsMarch 13, 20181119 Views

There is much talk lately both in scientific circles and among fans of parallel worlds, about time travel, wormholes in the cosmic space and inter-dimensional portals. Researchers have even found the equation proving the possibility of parallel universes.

Many ancient, archival texts are also included, as well as experiences, lived by people who have seen portals for real or have witnessed supernatural disappearances. This is the story of a Romanian mountain lover who faced with such a stunning appearance.

Evidence of the existence of portals has existed since ancient times. Although witnesses were unable to locate both points linked by the portal, they could see the existing gate in the place discovered by accident. Such is the testimony of Mr. E.H., that will be shown partially in the following.

This is probably the most famous testimony (witness) on observing a gate in Romania. Mr. E. H., engineer, retired in 1988 and decided to dedicate as much as possible to his passion for mountaineering. In 1990, this passion brought him face to face with a gate in Piatra Mare.

“It was on September 22, 1990, around 11 a.m. I was doing one of my favorite trails, Piatra Mare, 7 Stairs Canyon. I have left the spring course and I started some kind of intentional wandering, in order to change the monotony of the same path.

My narrow road was climbing and leading to a wooded ridge and, at one point, on my right side, I noticed something bizarre, like a gleam; the sun was reflected in an object. When I first saw the brightness, it was somewhere at about 20, 30 meters to the ridge. I began to climb, but I haven’t seen anything. Obviously, I was in a different angle to the sunlight.

After climbing for a few minutes, I began to ask myself some questions: I was in a small glade, all was visible, but I didn’t see any object capable of reflecting light. I was about to move on, when I saw… was an elliptical, vertical shape, that I only discerned when the light was changing. On the road, because of the heat from the ground, the landscape is distorted, wavy, as if looking through a window curb.

Well, I had the same thing before my eyes, with a deformation in right angles. Behind the shape, there was a tree: the trunk section behind the strange ellipse was distorted, veiled. I went closer and I realized that I couldn’t see any material object that can generate such an effect. In that place, there was nothing.

A nothing that looked like a diaphragm, an elliptical surface stretched in the air, apparently concave. And even more amazing: from the back, the shape no longer existed. I interposed between it and the tree I told you about before and I couldn’t see it anymore. I didn’t even know where it was. I had to return to my original position to see it again.

The ellipse had a height of about 1 meter – 1 meter 20 centimeters and a maximum width of 40 centimeters. The base was at about 25-30 centimeters from the ground. It was floating. It was perfectly transparent, apart from the waving phenomenon, apart from blurring the space behind it. The edges were very smooth, ie the optical alteration phenomenon ends abruptly.

I spun around it for a few moments and then I tried to touch it. Fortunately, a kind of instinct made me take a fir branch from the ground. First, I touched the edges of the ellipse. The fir branch encountered an elastic resistance, as if I was pressing a balloon. The ellipse was slightly deforming where I was pressing, but after just a few centimeters, the resistance was insurmountable.

Then, I approached the fir branch from the center of the ellipse. I haven’t encountered any resistance: the fir branch was smoothly entering into that strange shape, but it wasn’t visible anymore. It was like some kind of hole, where the fir branch was totally disappearing into; meanwhile, I was able to see the wavy landscape from the back. The branch was about 50 centimeters long, but half of it disappeared into the hole.

When I withdrew it, I was horrified to realize that the branch was now only 20 centimeters long. The part of the branch that entered that shape disappeared completely. The extremity of the branch was perfectly sectioned, as if a high precision saw would have worked the other side. Then I thought: what would have happened if my hand were instead of the branch.

I repeated the procedure with other fir branches, then I tied a stone with a rope and threw it into the ellipse; the result was always the same: anything that penetrates that shape wasn’t coming back. It was already too late and I decided to go further, to the cabin (chalet). I marked all the trees in the glade with a knife, in order to recognize the place.

I reached the chalet in the afternoon. I knew the chalet worker and I told him the whole story. The man knew me, so he didn’t mocked me. He said he had never seen something like that in the woods, but everything is possible and he wouldn’t be surprised if would be a new army machine or something.

In the evening, during the dinner, Stephen, the son of the chalet worker, a 12 year boy, came to me. I knew him quite well, so he came to my table without shyness.

“I heard what you and my father were talking about in the afternoon”, he said. “You know, I saw the ghost in the woods!”

The boy told me that he was with two shepherds when he first saw the ellipse. Curious by nature, he returned several times in that place. The boy also told me that the shape goes through at least two distinct phases: when it has a transparent look (as I saw it), it allows the entry of objects from our world; when it becomes white and slightly larger (as Stephen saw it), it works in reverse, which means it’s close, forbidden to us and allows objects from the other side passing through it.

I came back in Piatra Mare after two weeks. This time, I went straight to the cabin, I took Stephen and we went to the place in question. A boy from a nearby sheepfold also came along, one of those who accompanied Stephen on his wanderings in the woods.

Along the way, he told me a story on the ellipse; a story that was even stranger. Two months ago, something like a big white ball would came out of it (“gushed”, as the boy said); it would be rolled without direction through the woods and any attempt of the shepherd to find it failed.

After reaching the glade, our disappointment was huge: there was no ellipse. It was literally gone. Only the trees I had marked were giving me the certainty that I wasn’t dreaming.

Throughout the winter I stayed in Bucharest and gradually the shape in the woods of was out of my mind. Then, in February 1991, a friend whom I had told the whole story visited me. He was very nervous and showed me a German magazine, with an article on phenomena similar to what I’ve seen.

The article stated the existence of an organization that was studying the strange ellipses, O.D.R.G. (Open Doors Research Group). I wrote them in a letter all I had seen and heard. In April, they sent me a package. They had written a letter of thanks for the information I provided, assuring me that the gate I had seen was now on their lists.

Besides the letter, they had also sent me several materials from which I learned all about the Open Gates. I kept in touch with them ever since, and what follows is the result of what they sent me.

Features of the gates

Shapes as that I’ve seen would have appeared since immemorial times, being present, under various descriptions, in many ancient texts. In 1962, Barry Roscott, an English engineer, saw a gate during his walks through the surroundings of Manchester. The gate remained open for two months and Roscott was able to conduct more observations and experiments.

As a result of this experience, was established the O.D.R.G. group, which had members all over the world. Since 1963 until today, O.D.R.G. recorded no less than 283 open gates on Earth. Most of them seem to be in the US, and the latest come from Russia (18 gates observed between 1988 and 1995), Poland (3 gates) and Romania (the gate I saw in Piatra Mare).

On average, a gate remains open between 2 months and one year. A connection between its duration and size has been observed. The larger and higher the gate, the longer the time. One-year gates have at least 1 meter wide.

Most of them have elliptical shape observed by me (vertical or horizontal), but circular gates were also recorded. A gate is passing through four distinct phases: opening (initiation), access status, source status and closure. Phases 2 and 3 aren’t necessarily in that order. No one witnessed at the opening or closure of a gate, until today.

All we know, due to some field research, is that, at the opening, an extremely intense radiation is taking place, which can be harmful to biological organisms. The access status: the gate is open to our world, we can introduce any object or being into it, but nothing comes from the other side.

The gate was in this state when I saw it. In this state, it’s transparent, showing only the optical change phenomena described above. The source status is the one described by Stephen; in this phase, the gate, of a whitish color, does not allow access from our side, but operates as an open door to the other side.

From it, objects (beings?) can come out, always described as a shape of whitish balls, moving at high speed, rolling on the ground or soaring at low altitude. The closure, which had never been observed, seems to generate the same very intense radiation.

And now, the most important aspect: what are the gates? O.D.R.G. started by exclusion: what the gates are not? Definitely they aren’t the work of man. If they had been part of some secret military project, their appearance wouldn’t have been accidental.

O.D.R.G. supports the hypothesis according to which they would be intentional alteration of spatial and temporal extent, allowing communication between parallel universes. Through the gates, another civilization, an alien civilization, would possess this extremely advanced technology and explore other worlds. The balls described above would be a kind of probes sent into our world, capable of recording data about our universe.

In the state of access, the gates seem to have moments of absorption, which means that material objects in our world would be “sucked” of their ellipse. There are descriptions of these moments, when the gates fall into a state of vibration and any object in their immediate vicinity is absorbed. All I can do is to be happy I didn’t saw the gate from Piatra Mare in such a moment…

O.D.R.G. also investigates cases of unexplained disappearances: many people have disappeared, out of the blue, during some mundane nature walks. In many cases, there are witnesses who recount seemingly absurd situations: X was walking with them in the woods, at a time X went a little forward and… disappeared.

All the investigations (involving the police) have been unsuccessful. O.D.R.G. recorded 27 cases of disappearances that can be attributed to the gates, as the testimonies of the cases include descriptions of some gates.

If things are starting to be more clear about the gates, a single mystery remains: what lies beyond?”

A Stag Weekend in Budapest: The story 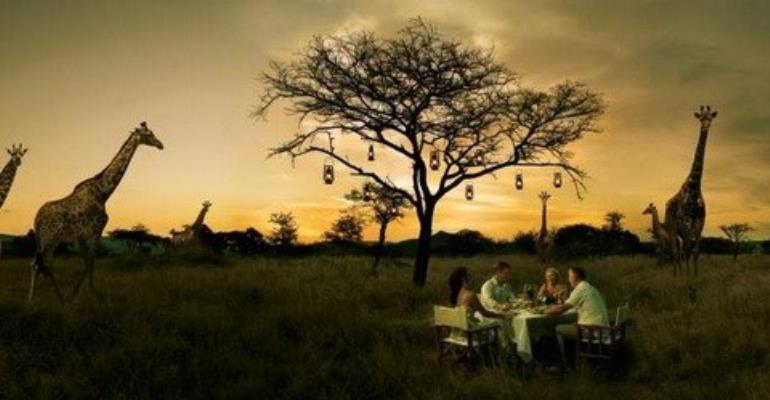 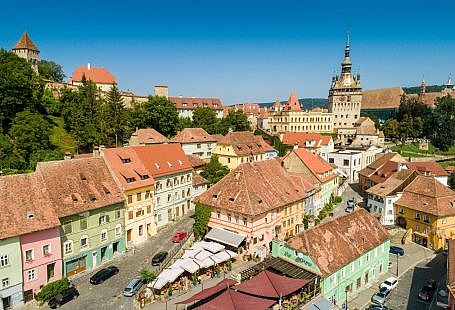 Best things to do in Mures county